We are helping you, the young people of today, be more spontaneous, leading you to greater aptitude in many areas of life; increasing social, emotional intelligence and building self-worth and opinion to be able to access the height of your comedic self.

We are seeking to teach improv comedy in five cities in the construction of the production: British Improv Games. The current hope is to open this opportunity to our own classes, which will be held in Basingstoke, Bristol, Cardiff, Manchester and Edinburgh. External improvisational organisations can buy-in to cover our costs. 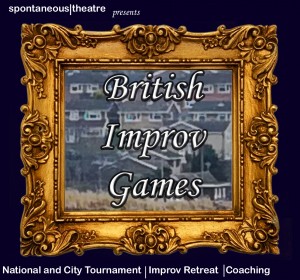 The British Improv Games (BIG) is an improv comedy tournament for 7 to 18-year olds. There are two leagues: national and city-wide. The events, or ‘Games’, each test the young improvisers in a variety of ways. Their improv skills will need to be attuned to the needs of the whole spectacle of the competition and their production that the team creates live for the audience.

A Game entails two sets of improv, where each team gets 25 minutes to perform. The three judges mark the performance on the completion of the set criteria for the round being played.

For the national leagues, there is the annual ‘finals’ tournament that is held in a different hosting city each year. This is normally held in July. Each participating city can enter one team into the nationals.

There are 5 difference categories that the teams will each be challenged on:

Each team will play against all other teams in their league. The leagues are constructed of 5 teams and the teams consist of 5 to 8 players.

In order to participate in the Games, everybody must have membership to the tournament. A coach from Spontaneous Theatre company must have spent at least 12 hours assisting any team entering a league. It is possible to purchase membership or get given it via Spontaneous Youth classes. Memberships includes administration fee; team hoodies; a coach (excluding their expenses for the sessions); and a production guide.

Currently the production website is under construction: click here (temporary external site for information and an example.)